I have no doubt that All Hallows’ Eve will find its way to your Halloween movie shelf eventually, but that’s not soon enough, because this creepy atmospheric anthology really deserves your attention now. 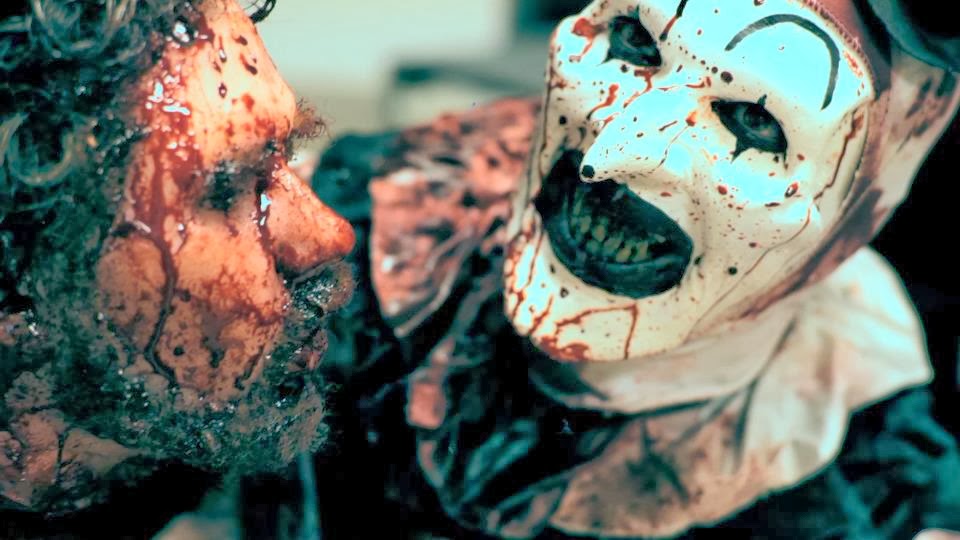 Writer-director Damien Leone has created the scariest killer clown since Pennywise was pulling little kids into the sewer, but unlike that most verbal of Stephen King monsters, Leone’s is a silently mocking degradation of something meant to make kids smile, but now rendered a horrid stalking nightmare.

Taking place on Halloween, the thriller features a babysitter watching over a brother and sister who have just returned from trick-or-treating, when one of them finds a VHS tape in their bag of treats.

The obvious initial similarity to John Carpenter’s Halloween is actually acknowledged early on when a friend on the phone comments, “Babysitting on Halloween night? That’s just asking for trouble.” (Don’t we know it!)
The trouble on this All Hallows’ Eve starts innocently enough when the kids urge the babysitter to allow them to pop in the mystery VHS tape, which contains three very different short films, each featuring the evil clown Art, played with genuine unnerving menace by Mike Giannelli.
As Sarah the babysitter, Katie Maguire is great at wanting to be “cool” to the kids, while knowing she probably shouldn’t be letting them watch the tape. She sends them to bed soon enough, but can’t resist watching more herself and thus being sucked into the horror as her wrap around story comes full circle to form the fourth and final short story in the film.
The second of the three stories on the VHS tape is the weakest of the bunch, if only because it is more outlandish and therefore out of place among the other more grounded tales, though Leone knows how to build suspense.
The low budget feel of the entire movie only helps create a more retro-real atmosphere, and while there is graciously minimal gore, when it does come it is gritty, brutal, and ultra bloody. Many of the visuals are strikingly memorable and beautifully disturbing.
The soundtrack is fittingly erratic and unpredictable, like a warped record playing carnival music, and the evil clown even has his own theme, reminiscent of Carpenter’s iconic Michael Myers masterpiece.
Best of all, this is a horror movie that has no need for traditional pacing and forecasted jump scares, but rather bathes in its own gall to be mean simply for the sake of scaring the shit out of you. It works, because there are images that I couldn’t shake for days, and (full disclosure) I’m not even somebody who has ever really been afraid of clowns.
I watched it and loved it immediately as a new Halloween-themed slasher, but I had to re-watch it before writing this review in order to fully take in all that this little nugget of nastiness truly has to offer horror fans. This is a future cult classic I know you will enjoy discovering in your bag of treats.

Art, the clown harbinger of death in All Hallows’ Eve, is never quite named in the film, though he does sign a bloody signature near the end of the shockingly vicious final act, a good sign that this trick-or-treater will be back for more killer Halloween fun, and you will know his name well by then. 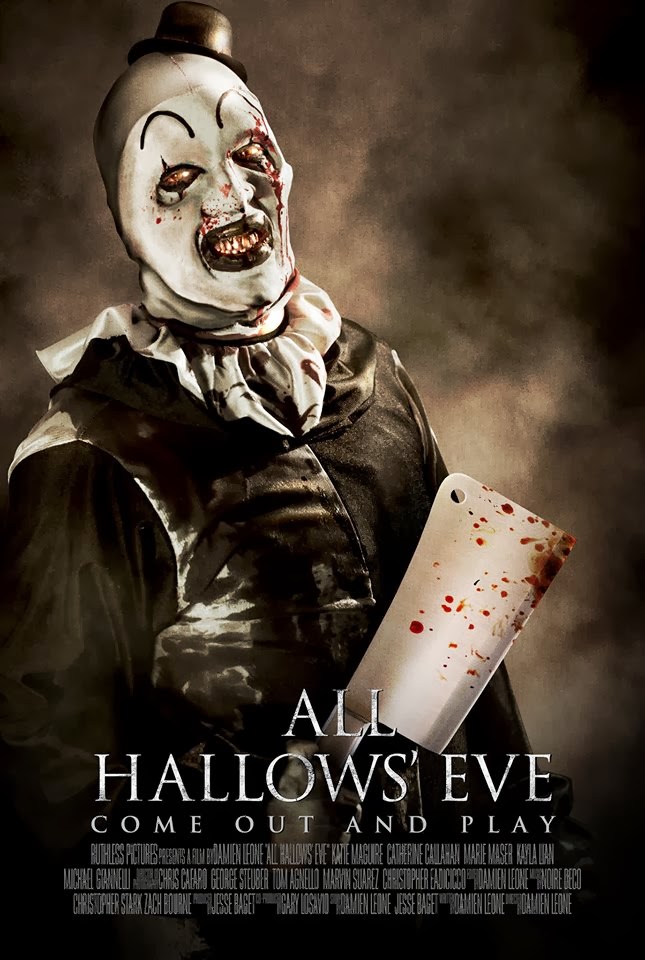 [Movie Review] ‘All Hallows’ Eve’ is a Killer Halloween Treat