Read on for the full press release and a first look at the return of Sam below, and then tell us what you think in the comments!
Halloween and Christmas will never be the same again as Sam is back and Krampus has arrived…
Legendary Comics is taking the twisted stories from the mind of Michael Dougherty from the screen to the printed page with the announcement of two graphic novels based on Trick ‘r Treat and Krampus.
Hitting stores later this year, the all-new books are tied into the world of Dougherty’s highly-anticipated big screen releases.
“I’ve been having way too much fun working with Legendary and the rest of my team bringing the ancient legend of Krampus to the big screen, and I look forward to expanding the film’s dark Christmas mythology onto the comic page. And hopefully the fans who’ve been patiently waiting for TRICK ‘R TREAT 2 will enjoy this deeper peek into Sam’s world until he finally rises from the pumpkin patch once more. Happy Holidays.” – Michael Dougherty
More information on each title will be released at a later date.
Trick ‘r Treat:
Format: Original Graphic Novel
In Stores: October
Story By:
Michael Dougherty
Zach Shields
Todd Casey
Writer:
Mark Andreyko
Artists:
Fiona Staples
Zid
Stuart Sayger
Stephen Byrne
Synopsis:
The dark and twisted face of the cult horror hit Trick ‘R Treat is back… are you ready for the return of Sam?
With the official graphic novel Trick ‘r Treat, Legendary dares you to experience four all-new terrifying tales set in the universe of the ultimate Halloween anthology.
From the twisted imagination of series creator Dougherty (screenwriter of X-Men 2 and Superman Returns) and a top-notch team of horror storytellers and artists, comes this 4-part collection that paves the way for the Trick ‘r Treat film sequel. Across centuries of Halloween horror, wherever fear lies, Sam will be waiting.
Krampus:
Format: Original Graphic Novel
In stores: November
Story by:
Michael Dougherty
Zach Shields
Todd Casey
Writer:
Brandon Seifert
Artists:
Michael Montenat
Stuart Sayger
Maan House
Christian DiBari
Synopsis:
YOU BETTER WATCH OUT… If you want to survive the holidays, stay off the naughty list.
Legendary Comics presents Krampus, the official graphic novel based on the upcoming horror comedy from writer/director Michael Dougherty (creator of Trick ‘r Treat).
Unleashing the ancient Christmas demon Krampus and his maniacal holiday-themed henchmen, Krampus mixes fear, fun and festive thrills for an adventure that will change the way you see the holidays forever. 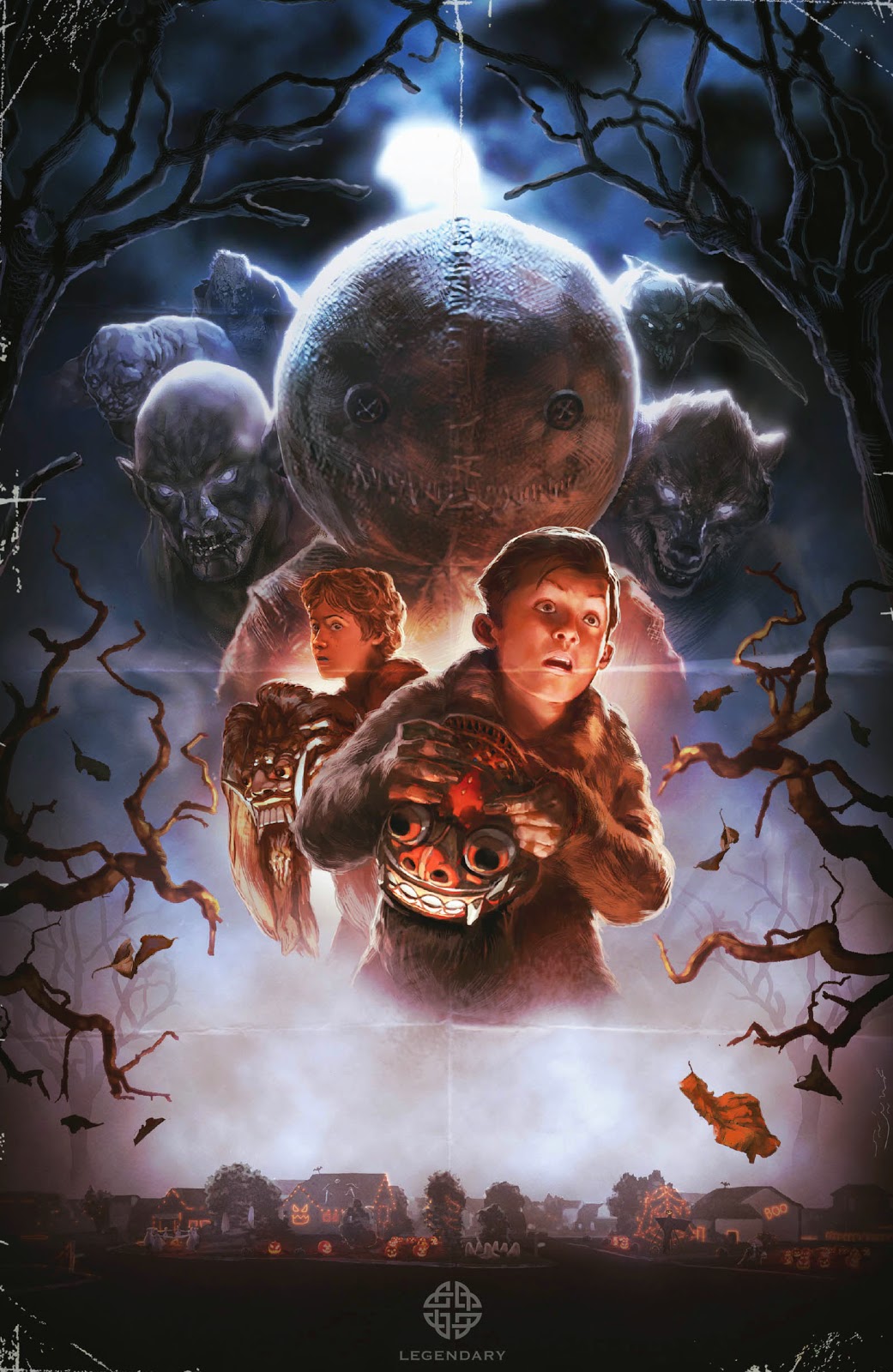