Skip to content
Movie News
March 4, 2015 Matt Artz 0 Comments Halloween, Tony Moran
We just received word about a new documentary focusing on the life and career of Tony Moran, who portrayed the unmasked Michael Myers in the final moments of John Carpenter’s 1978 Halloween.

Horror Icon: Inside Michael’s Mask with Tony Moran sounds fascinating and we can’t wait to check it out. You can read the full press release below and then scroll down to view the official poster!
Tony Moran may not be a household name, but his face is an integral part of horror movie history. Moran portrayed Michael Myers in the final scenes of John Carpenter’s Halloween, including the unmasked sequence. His life hasn’t been the same since the influential film’s release in 1978.
Insomniac Productions and Lock it Down Productions are excited to announce Horror Icon: Inside Michael’s Mask with Tony Moran and release the official poster artwork.
The independent documentary gives viewers a rare look at the life of a genre celebrity. Co-directors David Langill and Jordan Pacheco were given unprecedented access to Moran’s life for the project. From horror conventions to home life and everything in between, nothing was off limits.
The film features special appearances by Ernie Hudson (Ghostbusters), Dee Wallace (E.T. the Extra-Terrestrial), Andrew Bryniarski (The Texas Chainsaw Massacre), Debbie Rochon (Tromeo and Juliet), Jonathan Tiersten (Sleepaway Camp), John Dugan (The Texas Chain Saw Massacre), Timothy Patrick Quill (Army of Darkness), Vernon Wells (Mad Max 2: The Road Warrior), and more.
“I want to show Tony for who he is,” explains Langill. “A father, a friend, an actor, and a horror icon. Tony is a passionate man with a big heart, and like all of us, Tony has his ups and downs. Viewers get to see Tony as most have never seen him before.”
Pacheco adds, “This is a unique chance to see how a hit film can affect an actor years after its release, the relationships a life of acting and traveling doing conventions have made, and what happens after the conventions doors close. Tony has lived an incredible life, and I’m grateful for the chance to share some of it with everyone.”
Horror Icon: Inside Michael’s Mask with Tony Moran will premiere in October 2015.
For more information check out the official Horror Icon: Inside Michael’s Mask with Tony MoranFacebook page. 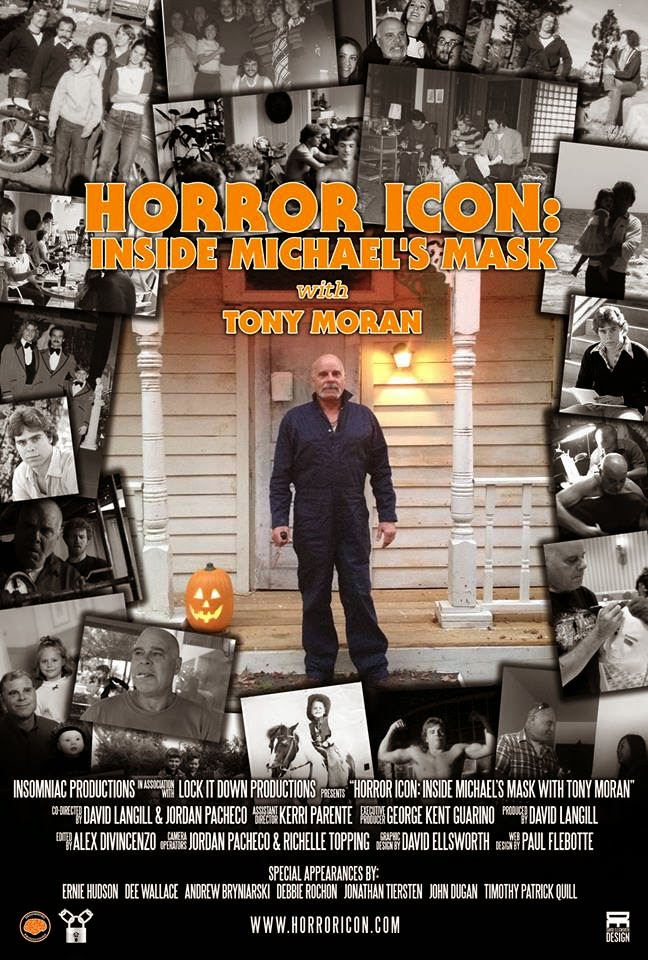