Nicholas Cage is a big game hunter trapped on a ship at sea with a killer on the loose and a deadly jaguar uncaged in the new thriller Primal.

Director Nick Powell knows how to choreograph awesome fight sequences, after memorable work in Gladiator and The Bourne Identity, among dozens of others, and he brings a great action film sensibility to this fast paced story, which may seem a bit outlandish but actually works quite well.

Cage plays Frank Walsh, a hunter and collector of rare and exotic animals, who early on bags a priceless white jaguar in the Brazilian rainforest, which the locals call the “phantasma” or “ghost cat”, that he plans to sell for big bucks to a zoo. Cage is magnetic and unpredictable as always, proudly wearing a beer gut and spouting a few hilarious lines in a way only he can.

The ship carrying Frank and his precious cargo, which also includes other rare beasts like poisonous snakes and flesh ripping monkeys, has another predator on board in a political assassin being extradited to the U.S., played with glee by Kevin Durand. When the assassin breaks free – and then frees the jaguar and other animals – the game is on, and Frank is forced to hunt within the cramped, claustrophobic confines of the ship.

It’s an interesting premise that creates what is essentially a slasher movie, where the government agents, including Famke Janssen, are systematically stalked and eliminated by the killer.

Durand is perfectly cast as this mercenary trained and then betrayed by his country, and he is clearly having a blast with the role.

The pace moves along at just the right speed, as the animals roaming throughout the ship add an exciting new layer to the story, and the self-serving Frank must of course find the goodness in his heart to help save a young boy he befriended and who trusts him to be the hero we already know he’s going to be.

The snakes and the jaguar itself are unfortunately CGI creations, which means we are never shown the full bloody carnage that the big cat is capable of.

The only bonus feature included on the Blu-ray is a very short (less than 10 minutes) “Making of Primal” featurette that does not include any interview footage with Cage or Powell.

This is a movie that’s definitely not for everyone, but will undoubtedly find an adoring audience on its inevitable late night showings on premium cable channels and streaming services. And it is a must-see for Cage fanatics, who will enjoy his performance but may find themselves cheering for Durand’s unhinged character (and acting choices) even more.

Primal is out now on Blu-ray and DVD from Lionsgate.

*Paid link: As an Amazon Associate, we may earn a commission from qualifying purchases. 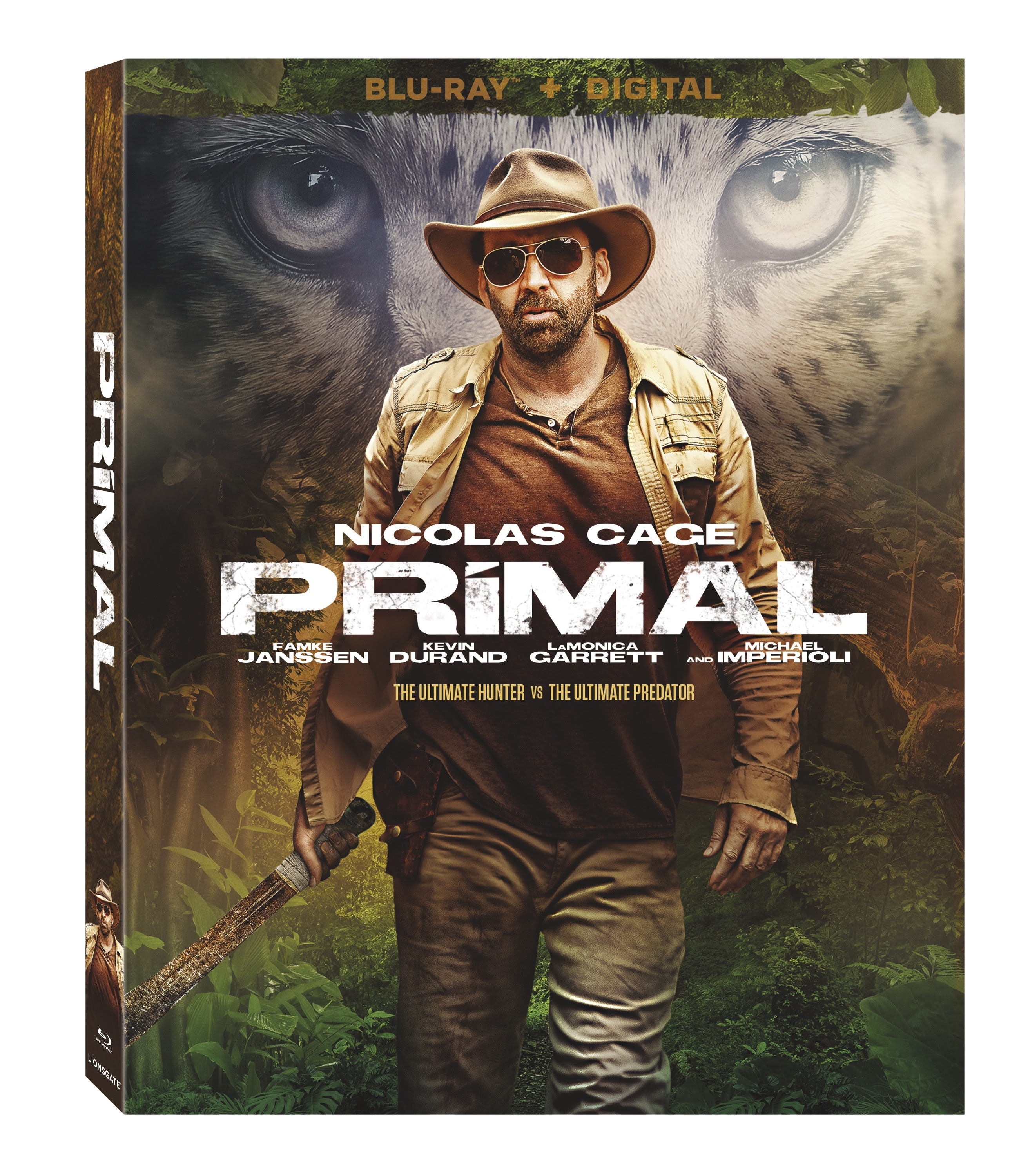 Rob Zombie‘s new feature film reboot of The Munsters is coming this Halloween, and an official poster featuring family has

Nicholas Cage Gets ‘Primal’ with a Jaguar on a Ship [Review]