The first Halloween episode of 2020 premieres tonight (4/9/20), as Brooklyn Nine-Nine is giving us a new Halloween Heist episode!

Melissa Fumero, who plays Amy Santiago on the show, shared a photo of her in a pumpkin costume on Instagram today, suggesting that tonight’s episode will technically be a flashback to Halloween 2019, which the series skipped over during a recent six-month time jump (or it could be a flash forward to Halloween 2020). The title of the episode, however, is “Valloweaster”, which could mean that the heist(s?) takes place over not just Halloween, but also Valentine’s Day and Easter.

In any case, we’re in for some awesome Halloween high jinks at my favorite police precinct. 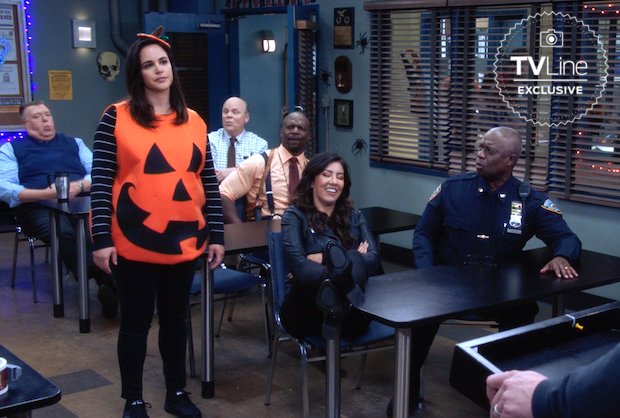 Has anyone convinced you yet? pic.twitter.com/KbW8BtiGTJ

DVD ‘We Summon the Darkness’ Rocks onto Bl…