Warner Bros. Home Entertainment announced today that 2014’s Godzilla will be released on 4K Ultra HD Blu-ray Combo Pack and Digital this March, just before the big guy returns in this year’s Godzilla vs. Kong one week later.

Directed by Edwards from a screenplay by Max Borenstein and a story by David Callaham, Godzilla is based on the character “Godzilla,” owned and created by TOHO CO., LTD.

The 4K Ultra HD Blu-ray and Blu-ray disc of Godzilla will feature a Dolby Atmos® soundtrack remixed specifically for the home theater environment to place and move audio anywhere in the room, including overhead.

The official synopsis: In this gritty, realistic sci-fi action epic, Godzilla returns to its roots as one of the world’s most recognized monsters. Directed by Gareth Edwards and featuring an all-star international cast, this spectacular adventure pits Godzilla against malevolent creatures that, bolstered by humanity’s scientific arrogance, threaten our very existence.

Godzilla will stomp his way onto 4K Ultra HD on March 23, from Warner Bros. Home Entertainment.

You can see the new cover art below. 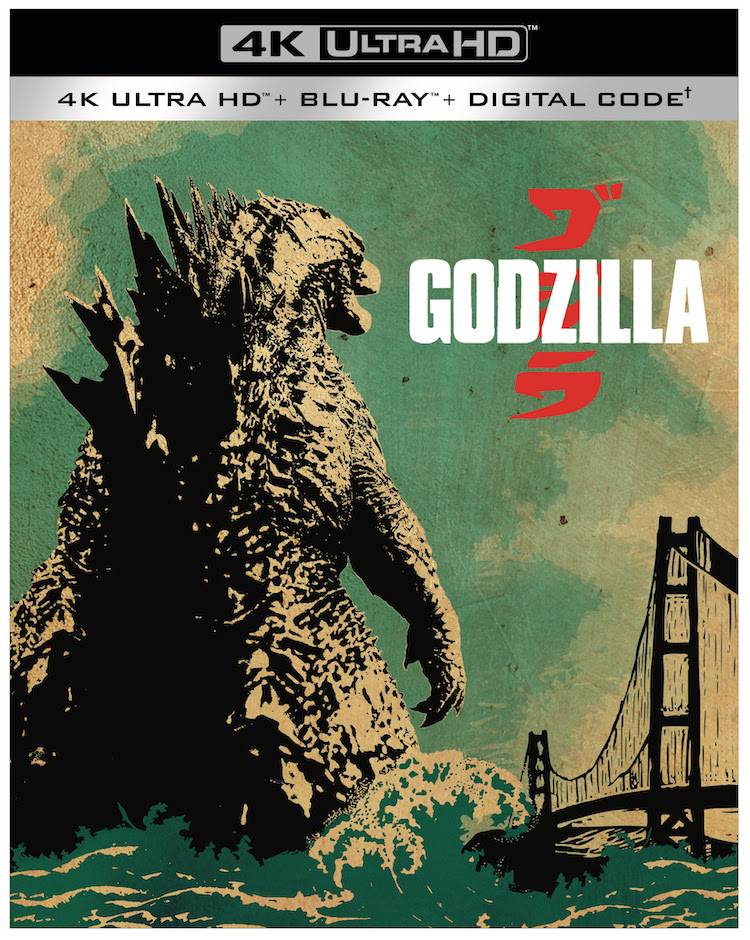