Neca recently announced a new Halloween II two-pack with both Michael Myers and Dr. Loomis in Neca’s 7″ scale Ultimate format, coming in 2021 just in time for this year’s 40th anniversary of the 1981 sequel, and now new officially photos have been released.

Both figures feature digital facial printing for extra accuracy. Dr. Loomis has removable arms so he can be displayed with or without his trench coat, and you can recreate the fire scene with attachable fire effects for Michael.

The Halloween II pack is estimated to begin shipping in December 2021.

Featuring art by Sinister Design, you can see the new official packaging below! 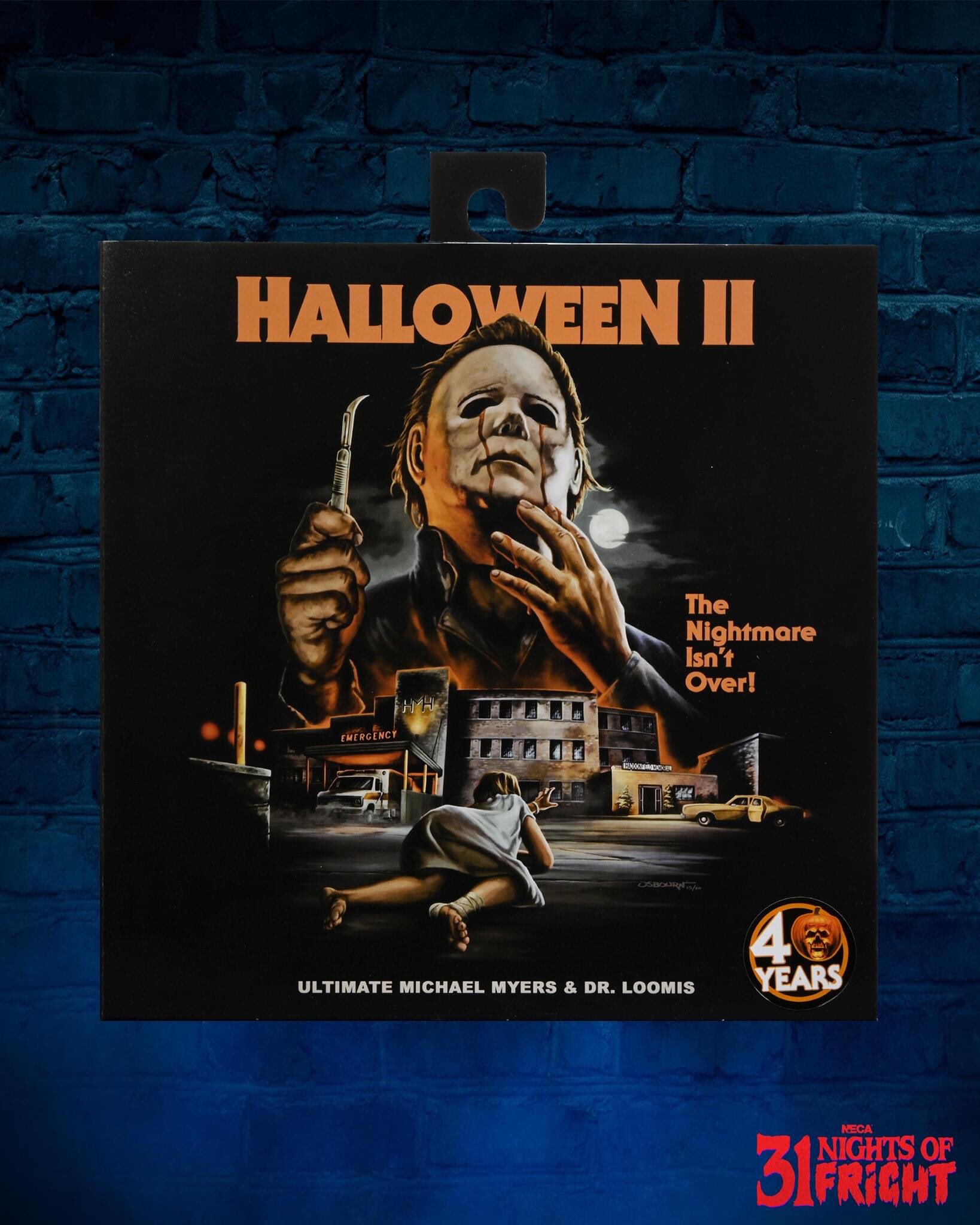 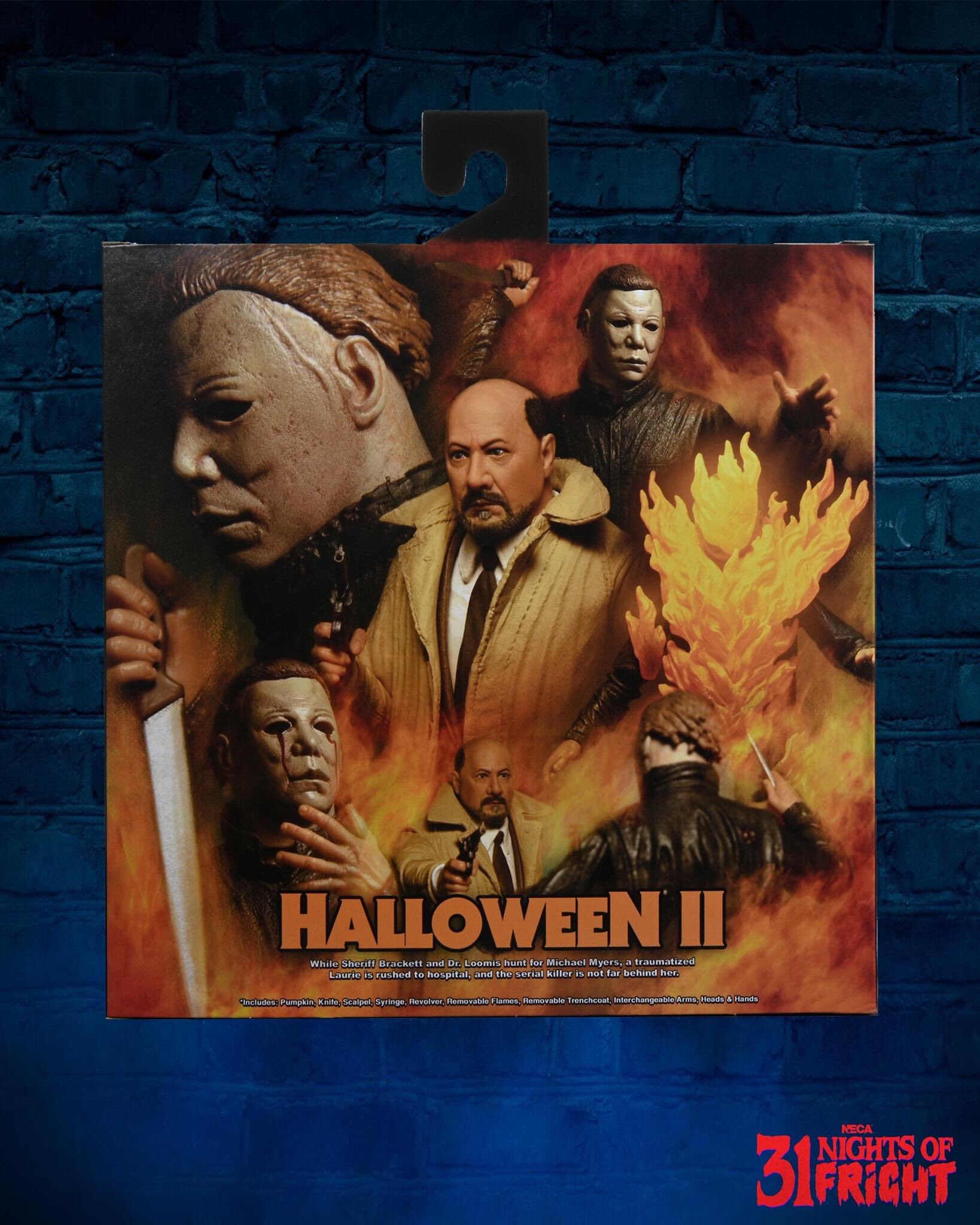 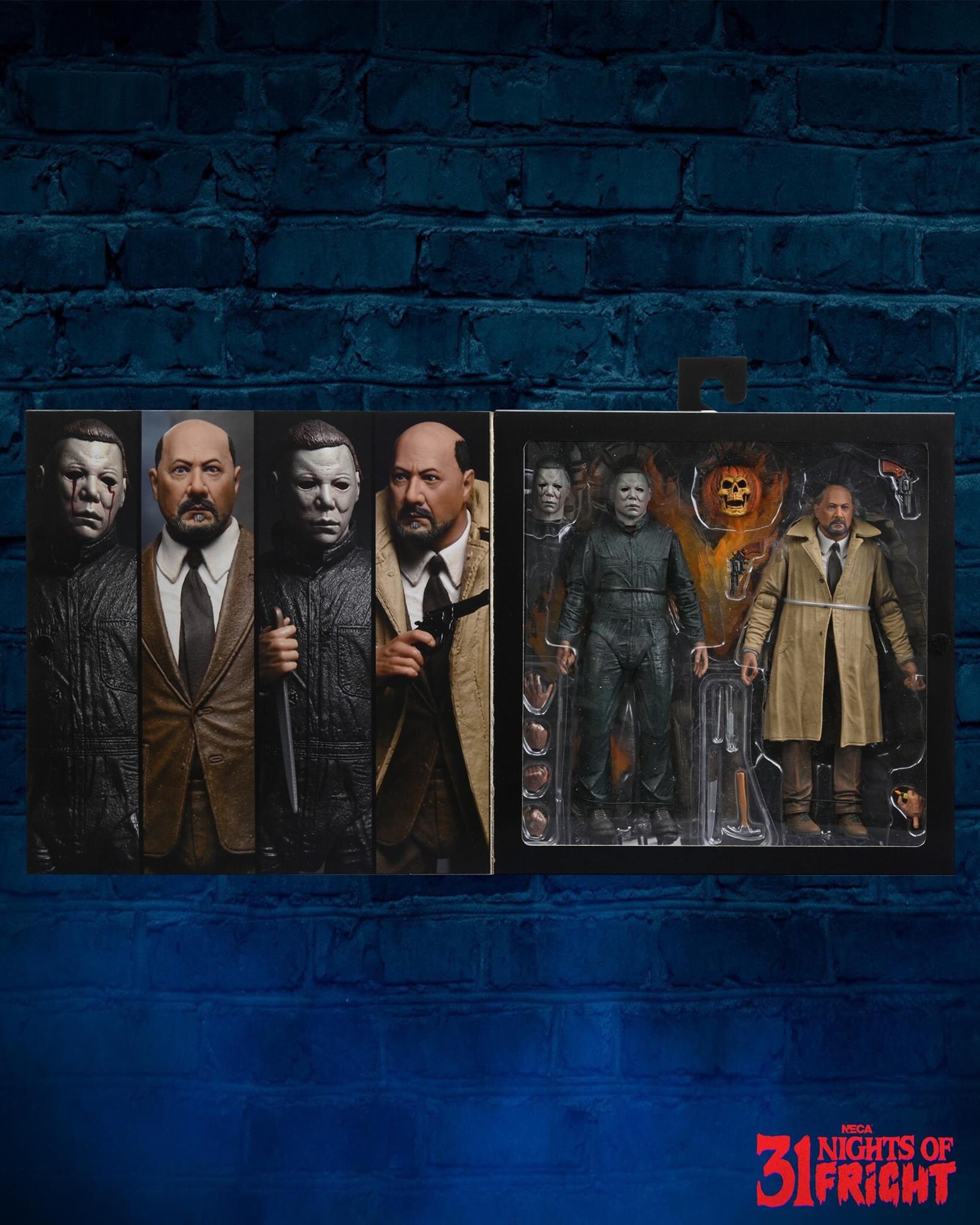