We are just over a month away from the return of Ghostface in the upcoming fifth Scream movie, and a series of new posters released today feature the returning legacy cast members each with the iconic killer mask.

The official synopsis: Twenty-five years after a streak of brutal murders shocked the quiet town of Woodsboro, a new killer has donned the Ghostface mask and begins targeting a group of teenagers to resurrect secrets from the town’s deadly past

The cast includes Neve Campbell reprising her role as Sidney Prescott, as well as David Arquette and Courteney Cox reprising their roles as Dewey Riley and Gale Weathers, respectively, along with new additions Melissa Barrera (In The Heights) as Sam Carpenter, Jenna Ortega (You) as Tara Carpenter, Jack Quaid (The Boys) as Richie Kirsch, Dylan Minnette (13 Reasons Why, Goosebumps, Don’t Breathe) as Wes Hicks, Mason Gooding (Booksmart) as Chad Meeks-Martin, Sonia Ammar as Liv McKenzie, Kyle Gallner (A Nightmare on Elm Street 2010) as Vince, Jasmin Savoy Brown (The Leftovers) as Mindy Meeks-Martin, and Mikey Madison (Once Upon a Time… In Hollywood) as Amber Freeman. Marley Shelton (Sin City, Planet Terror) is also back, reprising her role as Woodsboro Deputy (now Sheriff) Judy Hicks from 2011’s Scream 4.

The new Scream is directed by Matt Bettinelli-Olpin and Tyler Gillett of the filmmaking group Radio Silence (Ready or Not, V/H/S) from a screenplay by James Vanderbilt (Murder Mystery, Zodiac, The Amazing Spider-Man) and Guy Busick (Ready or Not, Castle Rock). Creator Kevin Williamson and the third member of the Radio Silence trio, Chad Villella, are executive producing with Project X Entertainment’s Vanderbilt, Paul Neinstein, and William Sherak serving as producers.

Paramount Pictures and Spyglass Media Group will release Scream in theaters on January 14, 2022.

You can see the three new posters, featuring Campbell, Cox, and Arquette, as well as the trailer and previously released posters, below. 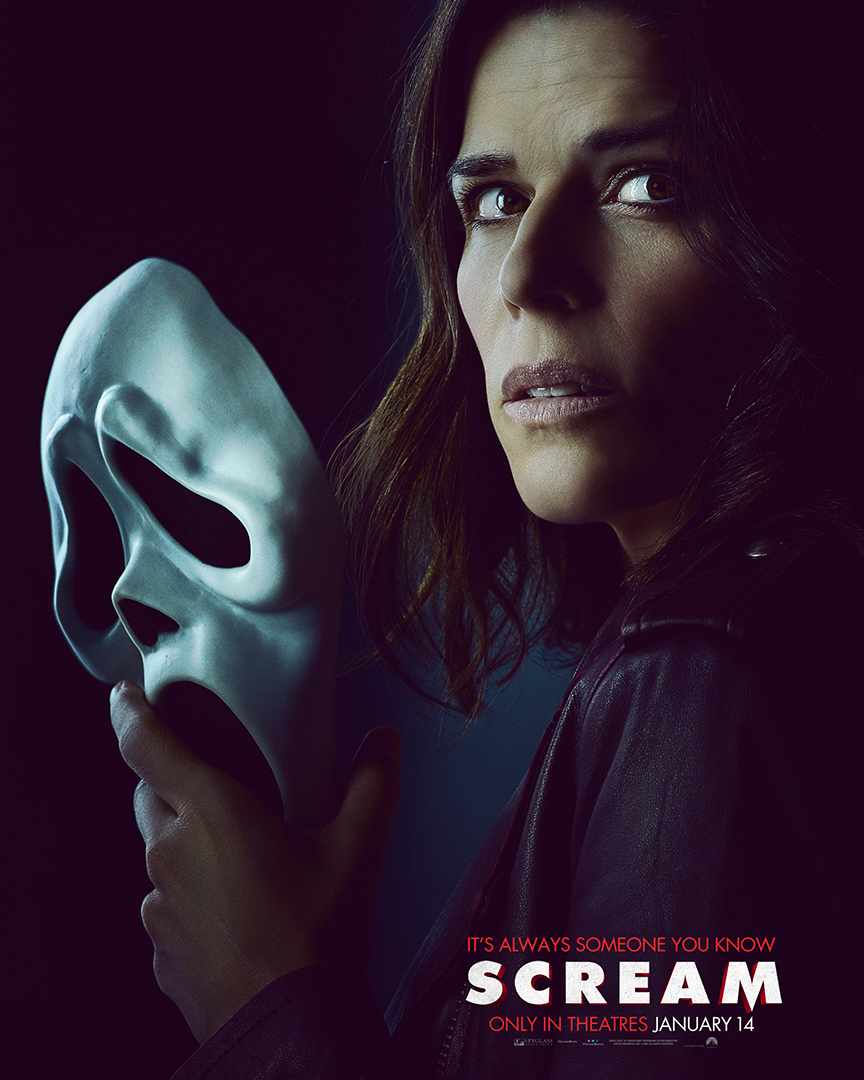 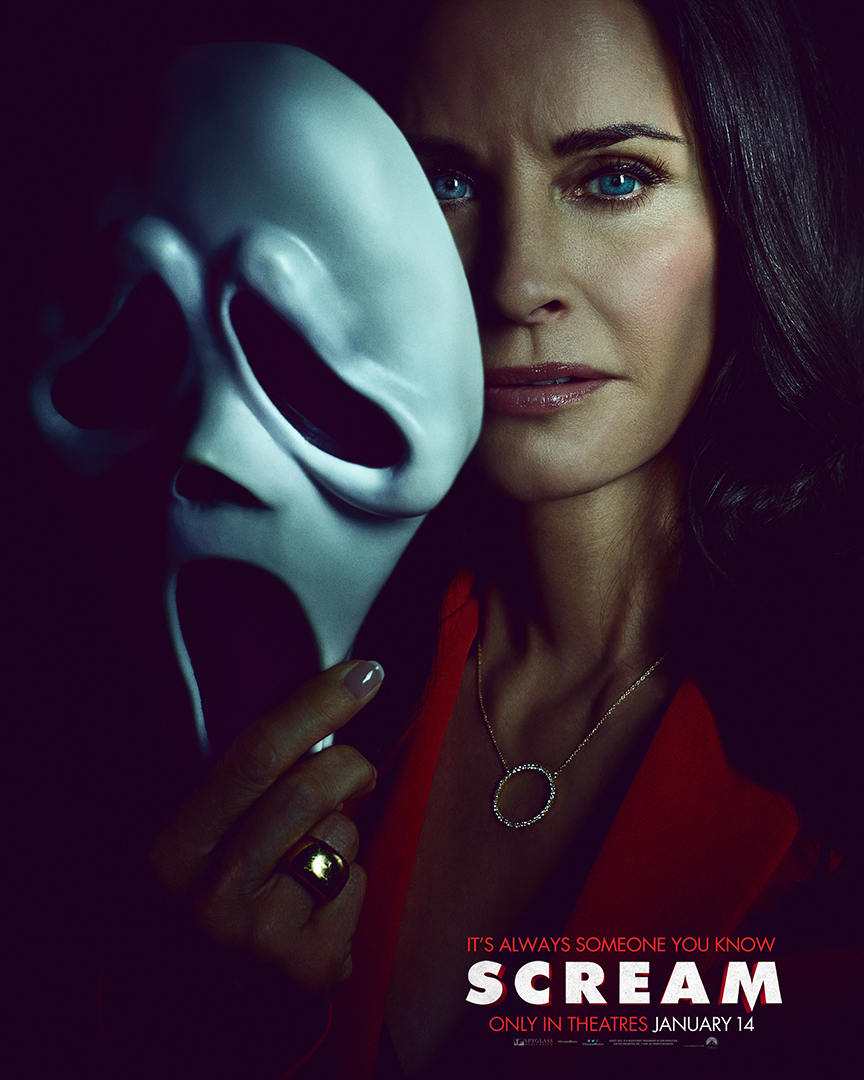 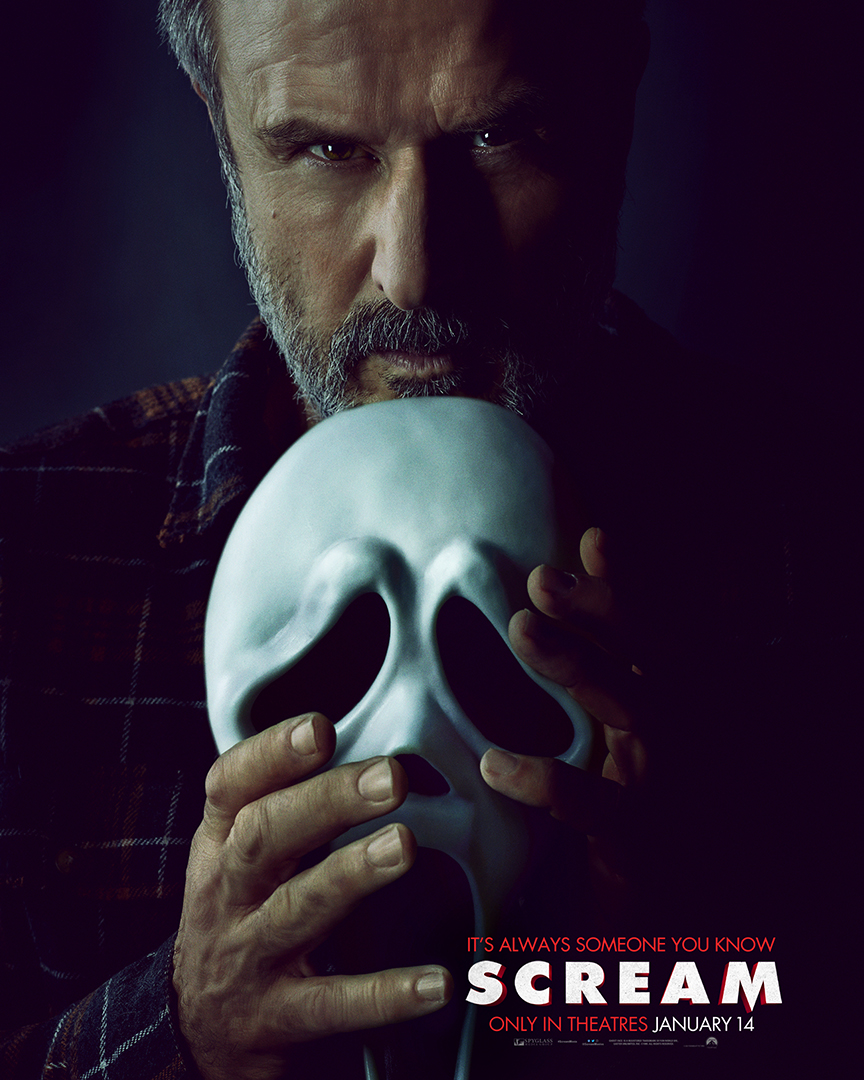