As the new Scream movie continues to kill it in theaters, and it has already been officially announced that Ghostface will return again in a sixth Scream movie, full details of the home entertainment release have been announced, arriving on Digital platforms tomorrow (3/1) and coming to physical formats in April.

From Paramount Pictures and Spyglass Media Group, the new Scream reunites Neve Campbell, Courteney Cox, and David Arquette who come together to help a group of fresh victims…and uncover a host of new suspects.

The Digital, 4K Ultra HD, and Blu-ray releases are gushing with to-die-for bonus content, including deleted scenes, interviews with the new and returning cast, plus a look at the legacy of horror legend Wes Craven.

The Scream DVD includes the feature film in standard definition.

The official synopsis: Twenty-five years after a streak of brutal murders shocked the quiet town of Woodsboro, a terrifying new killer resurrects the Ghostface mask. As the deaths mount, Woodsboro’s new targets must seek help from the survivors of the original Ghostface attacks. Now, only Sidney Prescott (Neve Campbell), former sheriff Dewey Riley (David Arquette), and reporter Gale Weathers (Courteney Cox) can find a way to stop the killer when everyone is a suspect. The film also stars Melissa Barrera, Mason Gooding, Jenna Ortega, Jack Quaid, and Marley Shelton.

The new Scream arrives for purchase on Digital (watch here via Amazon Prime Video) on March 1 and on 4K Ultra HD, as well as Blu-ray and DVD on April 5 from Paramount Home Entertainment.

In addition, fans can own both the new 2022 movie and the original 1996 hit in a Scream Two-Movie Collection on 4K Ultra HD or Blu-ray. 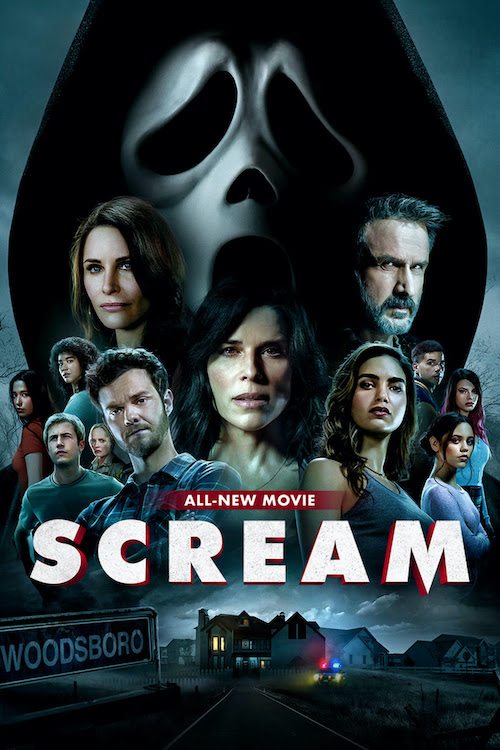