Harold the Mummy returns for another Halloween adventure in the comedy Under Wraps 2, a follow-up to the 2021 remake of Disney Channel’s first ever original movie, Under Wraps (read our review here), and the official trailer was just released online, revealing the film’s premiere date.

The official synopsis: Amy is preparing for her father’s Halloween-themed wedding to his fiancé Carl when Amy, Gilbert, and Marshall discover that their mummy friend Harold and his beloved Rose may be in danger. Stobek, an evil mummy with a thousand-year-old grudge against his best friend-turned bitter rival Harold, is unexpectedly awakened and out for revenge. With help from his hypnotized lacky Larry, Sobek kidnaps Rose, and Amy, Gilbert, Marshall, Buzzy, and Harold must use their skills once again to save her and get back in time to attend the wedding.

The first film’s stars Malachi Barton, Christian J. Simon, Sophia Hammons, and Phil Wright are all back to reprise their roles, along with Melanie Brook also returning as Buzzy. T.J. Storm, Rryla McIntosh, and Jordan Conley also join the cast for the sequel, in addition to Adam Wylie, who played the original Gilbert in the 1997 Under Wraps movie.

Alex Zamm returns to direct the sequel, written by Josh A Cagan.

Under Wraps 2 premieres on Disney Channel on Sunday, September 25, before moving over to Disney+ this October.

You can watch the official trailer and our breakdown video, and see the new key art, below. 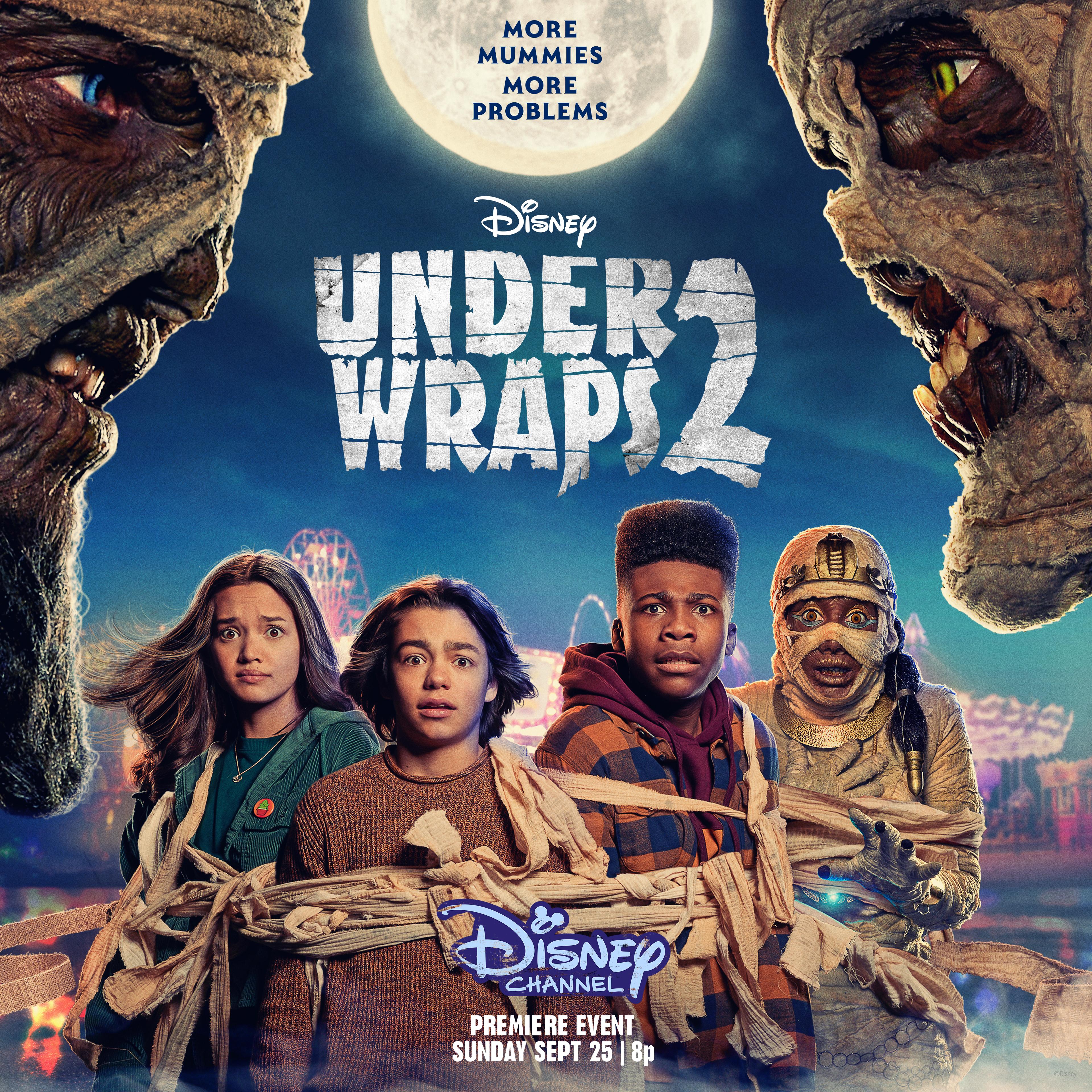