Our favorite hobbit, Elijah Wood is an unabashed massive horror fan, as evidenced yet again in his unique new film Come to Daddy, arriving on Blu-ray and and DVD in March.

Pack your bags for a family reunion of a very different kind when Come to Daddy arrives on Blu-ray (plus Digital) and DVD March 24 from Lionsgate. A thrilling father-son horror comedy starring Elijah Wood, Stephen McHattie, Martin Donovan, Michael Smiley, Madeleine Sami, and Simon Chin, the film is already available now on Digital and On Demand.

The official synopsis: Norval Greenwood (Elijah Wood), a privileged man-child, arrives at the beautiful and remote coastal cabin of his estranged father, who he hasn’t seen in 30 years. He quickly discovers that not only is Dad a disapproving jerk, but he also has a shady past that is rushing to catch up with him. Now, hundreds of miles from his cushy comfort zone, Norval must battle with demons both real and perceived in order to reconnect with a father he barely knows.

You can watch the official trailer and the see the Blu-ray cover art below. 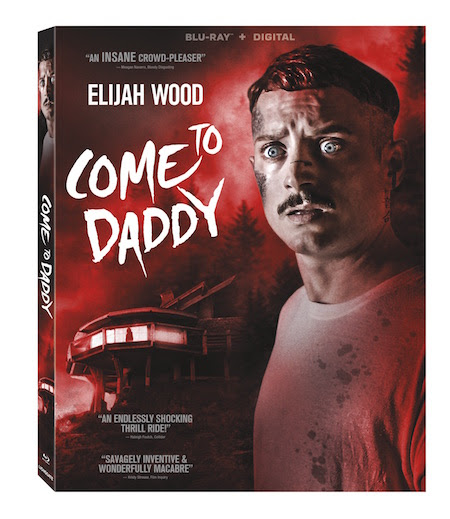 Distortions Unlimited has revealed their first new Halloween prop to be released in 2023, unveiling a stunningly beautiful, terrifyingly screen

Movie News ‘The Sisters of Samhain’ Coming from F…