The official synopsis: Baby Fireﬂy, Otis Driftwood, Captain Spaulding, Sheriff Wydell, and Rob Zombie’s other killer characters wreak havoc in the blood-soaked trilogy that made them famous. Two young couples cross paths with Otis Driftwood and the cannibalistic Fireﬂys while touring America’s backroads in House  of 1000 Corpses. In The Devil’s Rejects, Sheriff Wydell deals with depraved, hostage-taking murderers holed up in a rundown motel in his uniquely unhinged way. Baby, Otis, and Captain Spaulding are ﬁnally put behind bars in 3 From Hell…but can evil really be locked away?

The Firefly trilogy Steelbook, including each film on Blu-ray and Digital, will be released on September 8, available exclusively from Target, where you can pre-order yours today for $29.99.

You can view the gorgeous new official front and back cover art below.

*Paid links: We may earn a commission from qualifying purchases made through affiliate links in this article, which helps support the continued operation of Halloween Daily News. 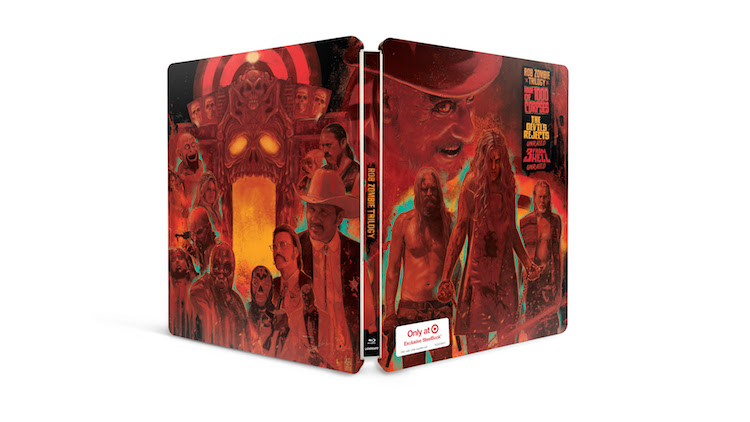 Reviews ‘Two Heads Creek’ is a Hilarious and B…