Legendary Pictures’ new Texas Chainsaw Massacre movie is coming to Netflix in just a few weeks, featuring the return of Leatherface and the original 1974 film’s only survivor Sally Hardesty, both of whom are featured prominently, along with a new group of young people, in the brand new official trailer for the film.

Leatherface’s new look(s) is stunning and terrifying, and Hardesty, now played Olwen Fouere, promises to be the most badass and formidable final girl the hulking killer has ever faced. Much like Laurie Strode in Halloween 2018, Sally has been waiting for almost 50 years to have her revenge on Leatherface, and the time has finally come.

A direct sequel to Tobe Hooper’s 1974 classic The Texas Chain Saw Massacre left off, here’s the film’s synopsis: After nearly 50 years of hiding, Leatherface returns to terrorize a group of idealistic young friends who accidentally disrupt his carefully shielded world in a remote Texas town. Melody (Sarah Yarkin), her teenage sister Lila (Elsie Fisher), and their friends Dante (Jacob Latimore) and Ruth (Nell Hudson), head to the remote town of Harlow, Texas to start an idealistic new business venture. But their dream soon turns into a waking nightmare when they accidentally disrupt the home of Leatherface, the deranged serial killer whose blood-soaked legacy continues to haunt the area’s residents — including Sally Hardesty (Olwen Fouéré), the sole survivor of his infamous 1973 massacre who’s hell-bent on seeking revenge.

The film is directed by Emmy Award-winning filmmaker David Blue Garcia (Tejano) and written by Chris Devlin. Fede Ávarez (Evil Dead, Don’t Breathe) is producing with Bad Hombre’s Rodolfo Sayagues, alongside Kim Henkel (co-writer of the original 1974 film), Ian Henkel, and Pat Cassidy, who are producing via their Exurbia Films.

This will be the ninth film in the iconic Chainsaw franchise.

Texas Chainsaw Massacre will premiere on Netflix on Feb. 18, 2022.

You can watch the new official trailer, as well as our trailer breakdown, below. 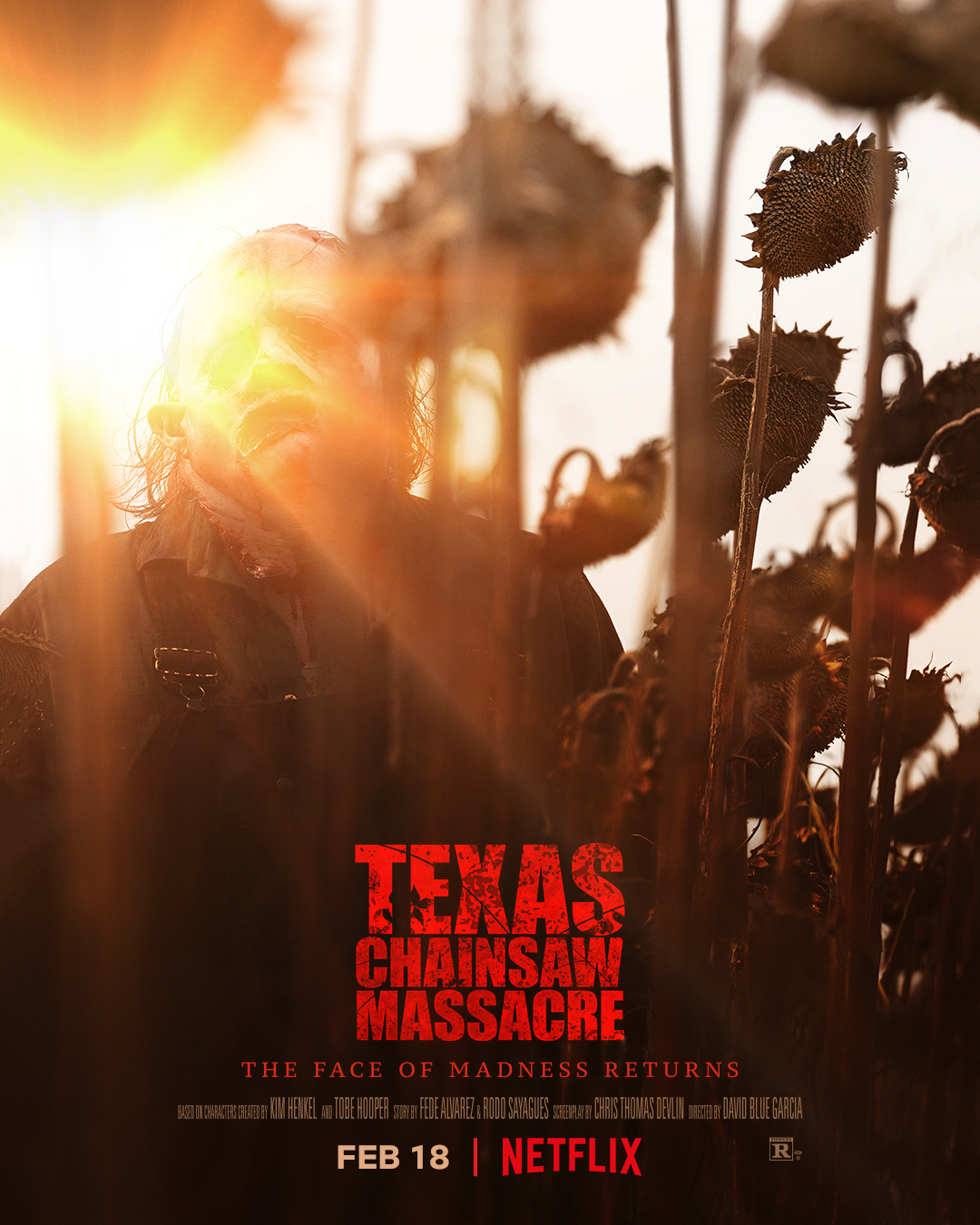