The long wait for the return of Eleven, Dustin, Hopper, and the gang is almost over, as the full official trailer for Netflix’s highly anticipated Stranger Things Season 4 has dropped online today, and it looks absolutely phenomenal.

Set to a mournful remix of Journey’s classic 1983 song “Separate Ways,” the trailer sets up what promises to be the most epic season of the series yet, with a new evil entity awakening in Hawkins, as our group of heroes are farther apart than ever.

Here’s the official synopsis for the new Season: It’s been six months since the Battle of Starcourt, which brought terror and destruction to Hawkins. Struggling with the aftermath, our group of friends are separated for the first time – and navigating the complexities of high school hasn’t made things any easier. In this most vulnerable time, a new and horrifying supernatural threat surfaces, presenting a gruesome mystery that, if solved, might finally put an end to the horrors of the Upside Down.

Volume 1 of Stranger Things 4 will premiere on Netflix on May 27.

Stranger Things 4 Volume 2 will then premiere on July 1.

You can watch the awesome new official trailer and see the Season 4 poster art below. 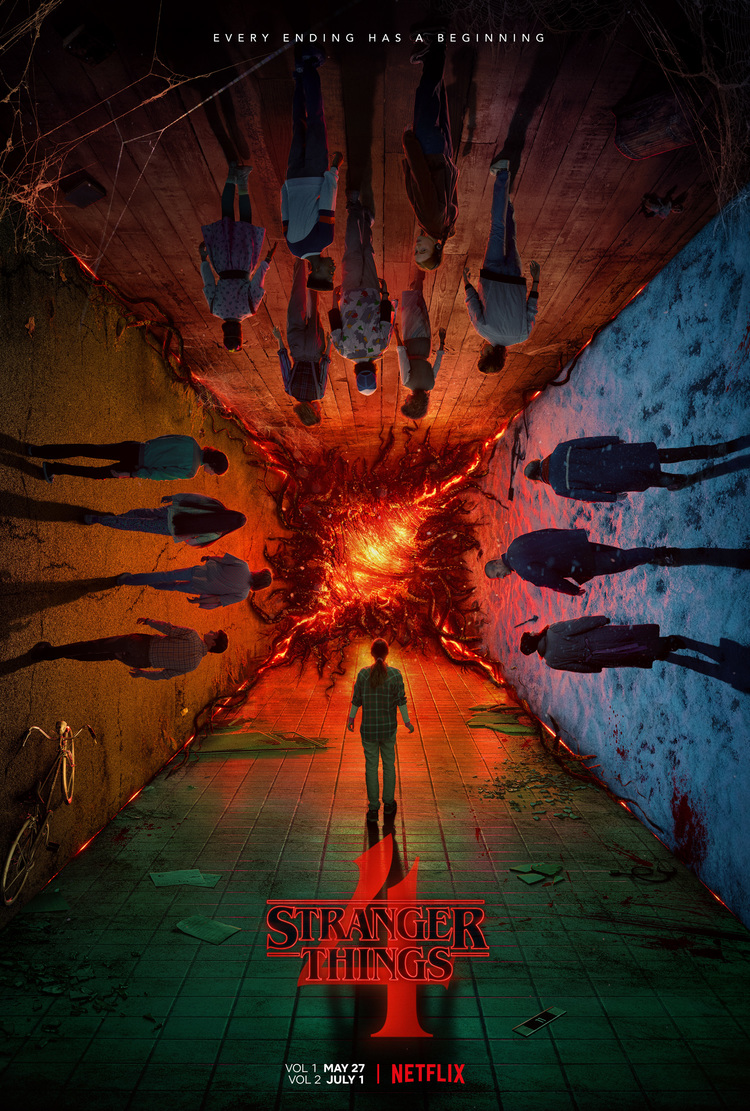